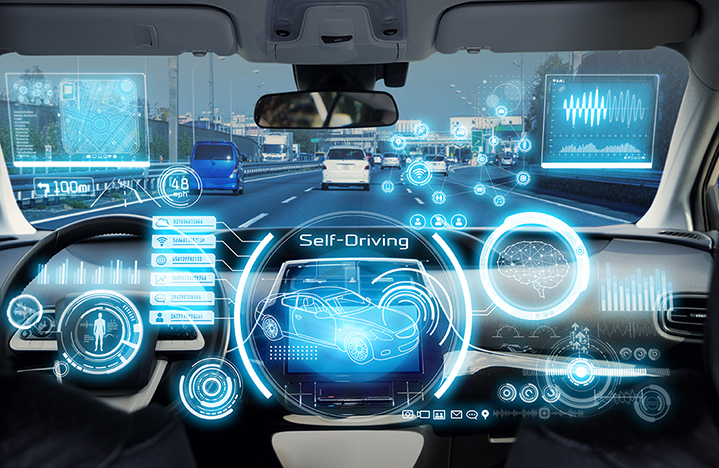 When walking around North Hall at CES this year, one couldn’t help but notice that the hype of fully autonomous vehicles had faded significantly. Over the past two or three years, you couldn’t throw a dart at CES without hitting a LiDAR or camera company’s booth claiming to have the solution to getting level 5 AVs on the road sooner than the next. Taking center stage at CES 2020 was the emergence of tech companies and OEMs alike turning their focus and algorithms towards the inside of the car. Advanced driver monitoring, occupant detection, and customizing the in-cabin experience were just a few of the applications being showcased.

The jury is still out on when the rise of the robo taxis will come and we see a Bird vs. Lime-esque war on who the go-to platform will be. Until then, humans will remain in the driving loop as ADAS systems become more widely deployed fueling the need for more robust driver monitoring systems (DMS). Some driver alert systems such as the torque sensor in the steering wheel, have been around since the early 2000’s but relying solely on this type of system has proven to be inadequate. The most notable cases have been the fatal Tesla crashes which relied on the steering wheel torque sensor in its AutoPilot system to determine driver attention. The NTSB criticized Tesla for using this approach in a 2017 recommendation to update their DMS.

In 2017, General Motors’ Super Cruise was the first DMS to use infrared emitters and cameras to ensure the driver’s eyes are open and alert. Additional automakers have begun to follow suit. In Japan, Nissan’s ProPilot 2.0 system is using an infrared DMS and Ford will have a similar system on their recently-announced Mustang Mach-E. Starting this year, the European New Car Assessment Program (Euro NCAP) will feature advanced DMS as part of its program. Additionally, in 2022-2024, all cars sold in the European Union will be required to include systems to monitor drivers’ attention.

If this is any indication of where the industry is heading, in-cabin monitoring is not going to stop at the driver which means the sensor will not be tied to the steering column. More safety regulations are beginning to take shape in other parts of the world. The Helping Overcome Trauma for Children Alone in Rear Seats (HOT CARS) Act in the U.S. Congress will require automakers to have a detection and/or alert system prevent children and animals from being needlessly injured or killed when alone in vehicles. In late 2019, National Highway Traffic Safety Administration’s (NHTSA, Agency) advanced notice of proposed rulemaking (ANPRM, Notice) seeking public comment on issues related to a requirement for a rear seat belt warning system. In the notice, NHTSA states that:

Rear seat warning systems that employ occupant detection have potential advantages over systems that do not utilize it. With occupant detection, a warning system can provide more informative warnings. The system can determine whether any seats are occupied by an unbelted occupant, as opposed to simply notifying the driver which or how many belts, if any, are fastened. Such systems are also better able to appropriately target audible warnings or longer-duration visual warnings (enhanced warnings).

Occupant detection and classification systems can both improve the ability of the systems to accurately discern seat occupancy but also to minimize false positives which could increase annoyance of users. There is no current timeline on when these standards will become law, but automakers should begin to take notice of how these regulations will affect their bottom line.

In addition, there is a significant cost saving benefit to car makers electing to use optical systems for occupancy rather than pressure based sensors.

To hedge against the inevitability of government-mandated safety technologies, automakers should look to source solutions that can combine existing applications with the ability to comply with future regulations. The exact cost of systems such DMS, seat pressure sensors, and capacitive sensors in the steering wheel are proprietary, but one can assume that being able to combine just a few of these can have a huge financial impact. Consolidating as many of these applications into one sensor is the most efficient way to ensure compliance while maintaining, or even reducing total costs. Otherwise, automakers will find themselves dealing with an even more fragmented supply chain and putting out even more RFPs to keep up with demand. A future-proof scalable sensor solution will essentially be the Holy Grail of the in-cabin monitoring space.

2020 is just a month old but it is definitely looking to be a big year for companies developing in-cabin monitoring solutions. As these companies mature, expect to see major partnerships between startups and Tier 1s and perhaps even some market consolidation as competition heats up in the new frontier of automotive innovation.